I wish I could tell you the minimal part of my week, but I cannot. I know I only have a couple of these things left, so I will try to make them good and/or include pictures. Probs just pictures.

So, my birthday went pretty well. No one here really remembered, again, so it was low-key, but I did get a really good arancino, which are just the best food down here. It is a cheese ball inside a ball of rice with some meat sauce, deep-fried in a delicious batter. Yeah, we get one like every other day. A Sicilian specialty. Today I even bought a magnet of an arancino... for after the mission... for me. I love them. Anyways, that night we had a missionary correlation meeting with the Elders and some members, but they still didn't remember (the elders). So, Sorella Pinkston "sercretly" told them and when we still hadn't heard anything when we got home, I figured they really just didn't remember/care. Bummer, because they are like the only family I have out here. Then, rather late (won't say how late), our citofono (doorbell thing) rings and Sorella Pinkston got it. 30 seconds later the Anziani were at our door with a card, whisper-singing happy birthday in Italian. They gave me the card then ran down the stairs and left. It was a sweet matrimonial card... that originally said "today you get married" but they crossed out today and wrote "in three weeks". Hahaha. It had a sweet little bracelet they had gotten me too. So, they totally forgot, but they redeemed themselves with the marriage card. 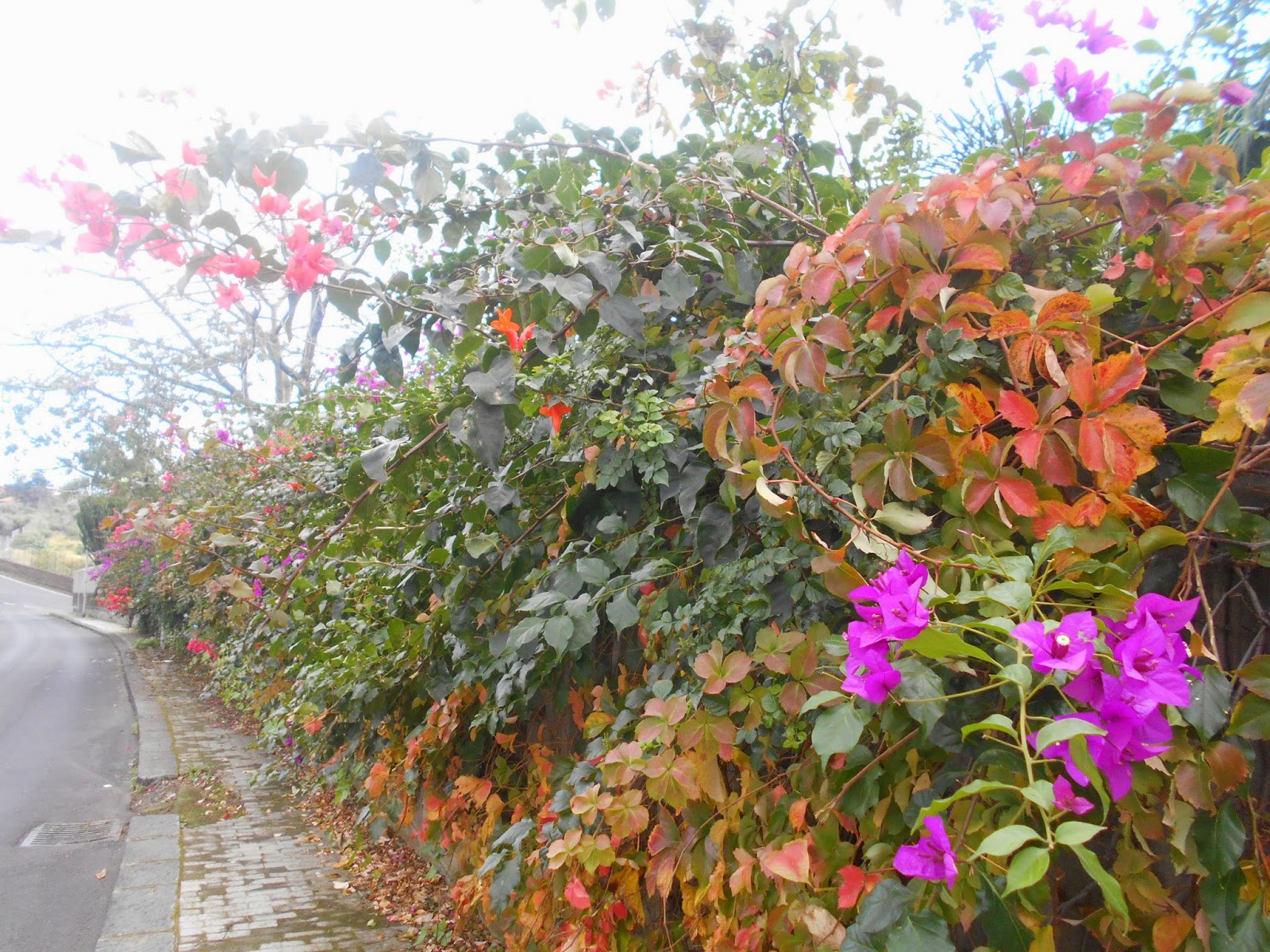 So, I heard that I have a place to live when I get to BYU. Mom, you said that the washer and dryer are not selling points for me, but you don't know what it is like to not have a washer for 18 months. I'll just say I am VERY pleased. The place honestly sounds great, can't wait!

Okay, sweet experience. Saturday night, my comp was feeling sick so we came home a little earlier. I sat down, not really knowing what to do, and was just kinda flipping through the ward list (28 pages) when I had a feeling to start calling people. I decided on calling all the less active sisters, ALL of them. So, I started. I had done about 30 or so I think, most of which were inactive numbers, or people that pretended it was the wrong number, and some possibly real wrong numbers, when I looked at one and said out loud "This one will be inactive!" I said that because it had the area code of a house number, but too many numbers to be a house number, and everytime that occured, it was inactive. My companion watched as I dialed it anyways and we were both suprised when it started ringing. She started laughing, and I almost did too, until some one actually answered!! I could not believe it. We talked for a bit, she asking me if I was a new misisonary and whatnot, and then after a bit, she said that she had been kinda thinking about coming to church the following day, and that we would see each other there....  WHAT. Too awesome. So then Sunday rolls around and I am waiting in the foyer forever for her, but nothing. I knew I wouldn't recognize her, but she had told me that she would introduce herself to me (I have a tag, I mean it's a little easier for her). But nothing. I go into sacrament, and listen as our second counselor gets released (who by the way walks around now as though a HUGE physical weight has been lifted off his shoulders, poor guy. He even came up to the missionaries that day, a new event, and invited them over for Christmas. I mean he is a happy guy now). Anyway, then in gospel principles, the teacher tells us all to scoot to the front and middle, because there weren't that many of us. I motioned to the lady next to me to sit in the seat right next to me, smiling, and she smiled back and said okay and came over. Then she said, " I'm Annamaria"... The same lady!!!!!!! She had come!!!!!! So awesome!!!!! Miracles in every situation, when you do the best with what you have. So happy. 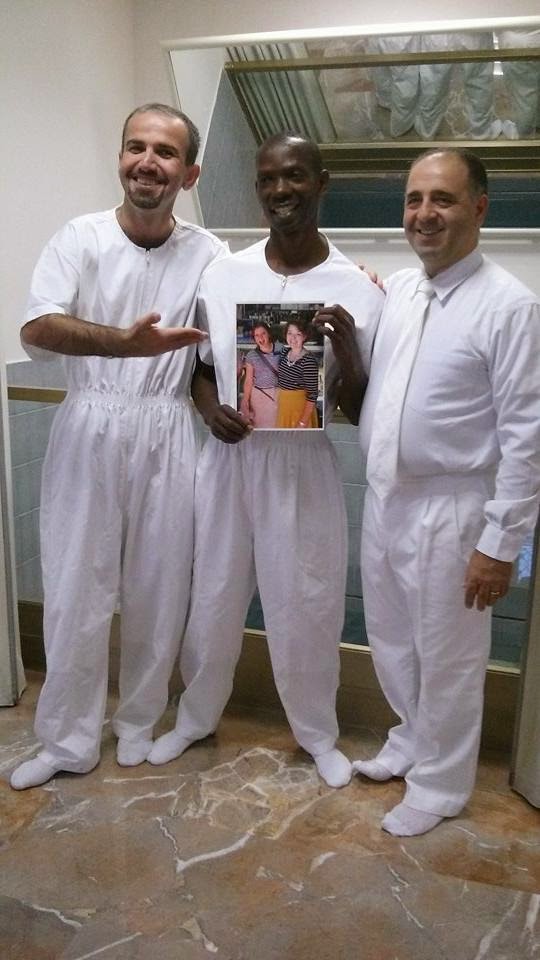 Okay, that is all for this week. Love you all. Have a great week!!!


Posted by Sorella Megan Patterson at 9:16 AM No comments:

This week will just be a photo collage, how's that? Alright, here we have the flood, the best food ever (arancini), and the train ride down here. It was about 10 hours I think. And part of it was on a boat since we came to the island. It was a LONG trip, if I hadn't mentioned it yet... and I will have to do it again pretty soon... unless they fly Elder Fossa and I up, which could happen... we'll see.


Okay, adding on to my big email,

This week we went to Siracusa for an exchange and it was awesome. I went running with my temporary comp in the morning for the first time in... a while... and almost coughed up a lung. She is a cheerleader at UVU, and fresh out here so still in good shape, and man... I've got some work to do when I get home.... but whatevs I am going to keep eating this incredible food until the day I leave, which by the way, will be Saturday the 6th of December, when I go to Rome for a couple of nights until the day I really leave. Also, LABAN gets baptized this Saturday up in Rome 5!!!!! I am SO happy for him!!!!! He and his roommate are getting baptized on the same day. How awesome. I am so happy for them.

Well, we taught a lesson to a bus driver on our way home one night, we went bowling and I kicked tail, and we had an American dinner with a family from the base. This is one of the weirdest transfers, but I am loving it. I am having all these crazy or cool or crazy cool experiences almost daily in which I can see clearly how my entire mission prepared me for that conversation or lesson or experience. It is really aweosme and an awesome wrap-up. I am loving this. And this place is seriously just nuts. I will say that after this transfer, I am REALLY proud and grateful to be an AMERICAN. I LOVE Italy. But I am American.

I love you all so much!!! Have a great week!!
Sorella Patterson
Posted by Sorella Megan Patterson at 11:29 AM No comments:

This week was straight up crazy. I don't think I can send pictures today, but here's what went down. Wednesday, there was a freak hurricane thing that brought golf ball size hail, the one day the elders let us use their car to go see a less active in the hospital.The streets tuned into rivers, literally, and it was breaking up the pavement of the road. Cars around us were beginning to smoke because water was getting in the engine I guess. We said a prayer and turned the car around, headed to a member that lived out in that city. But on our way there, the water was getting too high to drive in (I was driving because my comp hasn't taken the test) and the wind and hail were getting crazy, so we decided to ditch the car and find shelter. We parked on the first hill we saw, and ran into a little hunting goods store (convenient if this was to be the End, eh?). While there, I chatted with a woman working, asking if this was normal. She said no, they'd never seen anything like it! The power then went out, taking our cell phone service with it... Haha, it was crazy and awesome. When we thought it was letting up enough to go back to the car, that's when the hail got bigger... So we determined to stay and figure out why we were there. That's when this woman's husband came to get her (in a nice big truck, seemed american to me it was so big). She offered us a ride to our car, but I couldn't say yes for some reason. Then they drove away before I could say anything about who we were. But, by some miracle, they came back and offered to have us come with them to their house and wait out the storm, with pranzo. DEAL. I couldn't say NO to that one! So we climbed in and went home with some strangers, to find this AMAzing family of 5 that I know we never would have found without some freak flash flood and golf ball size hail. I just love the way the Lord works sometimes!!! è proprio pazzesco!!

Comunque, it was a great week. That storm pretty much lasted from Wed to Saturday, and then I got sick. But I will be better tomorrow I think. Man, I get sick a lot lately. I am kinda tired of that. But it's okay, it could be worse.

We got to go visit a family on the American base this week. It was the weirdest thing. It is literally a tiny piece of America in the middle of a crazy backwards Italian island. They all have minivans and trucks and yards and garages and flags. It is just the weirdest thing ever.

Anyway, things are going well. I am getting REAL excited to come home, but I know I will miss this more than I can even imagine. But that is okay. It has been a good long ride, and is still going. The thing is, I don't feel like I am ending my mission. I just feel like I am getting transferred really far away and that my work will just change, not end. I don't want to ever not be a missionary, ya know? This is the best thing to do, and I guess I will just have to always do my best in what ever circumstances I get into. That's the plan anyway.

I love you all. I hate these cockroaches. I love the warm November, and I am sad I will not see President Eyring and the Pope mix it up in a few weeks. That will be such an awesome event!

Love y'all, have a great week!

Posted by Sorella Megan Patterson at 9:28 AM No comments:

Okay this is going to be super short, but...

Catania is the best. I can see the ocean from my apartment. It is one of the two homes in Italy of the Mafia... my comp is the BEST..... the ward is struggling REAL BAD.... and I got called as STL again, but President forgot to tell me, so I found out from another missionary.... on our way to the AMERICAN NAVEL BASE where we spend two hours every Sunday in church with AMERICANS singing in ENGLISH and listening to ENGLISH. It is the most awkward uncomfortable thing EVER. But I love it. This place is seriously crazy. And I have so much to say, but no time, so next week will be better. We are pretty much forgetting about investigators and focusing on member probs and the 650 less and inactives in the Catania ward (not the American one). It is going to be great.... :) I love my life and my mission and I am so excited for this last transfer. I love all of you, have a great week!!!

Posted by Sorella Megan Patterson at 12:02 PM No comments: